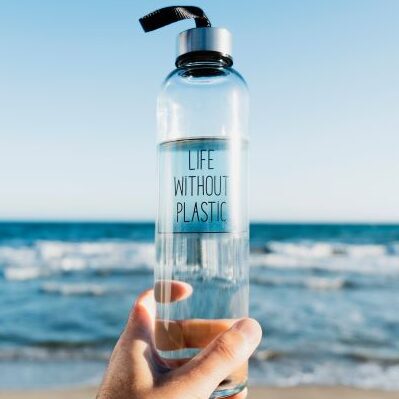 Refill is an award-winning campaign designed to help you reduce your plastic pollution, by making it easy to refill your reusable water bottle instead of buying a plastic one.

With the Refill app, it’s easy for you to find your nearest Refill Station on the go! Their aim is to have a Refill Station on every high street and through social change, they hope to make it the norm to carry a reusable bottle, so you’ll never have to buy a plastic bottle again.

Locally, Shipley Country Park is a registered Refill station and the park appears on their app! You can refill your bottles with free tap water while the toilets are open.

Refill list the following 5 reasons to join the Refill Revolution.

If everyone in the UK refilled just once a week, we’d prevent more than 340 million plastic bottles at source every year.

Refilling your reusable bottle is an easy way to save money, because bottled water costs between 500-1000 times more than water from the tap!

It’s been estimated that plastic production and the incineration of plastic waste give rise globally to approximately 400 million tonnes of CO2 a year with bottled water being 900 times more carbon intensive than drinking tap water.

It takes over 8 litres of water to produce a single bottle, making it an incredibly inefficient use of resources, and that’s even before we’ve thought about flying it halfway across the world!

In the UK, we’re lucky to have some of the highest quality drinking water in the world.

However, many people still drink bottled water because they believe it not only tastes better but is better and safer than tap water. In reality, tap water is often more tightly regulated.

Shockingly, a recent global study of bottled water brands found tiny plastic particles (microplastics) in over 90 per cent of samples.

An appalling 700,000 plastic bottles are littered every single day in the UK. Many of these are making their way into our oceans. Plastic bottles now make up one-third of all plastic pollution in the sea and there are now over 159 plastic bottles for every mile of beach in the UK.

The impact on our wildlife is becoming catastrophic – 100,000 marine mammals and turtles and 1 million seabirds are killed by plastic pollution annually.

You can find out more about the Refill campaign here where you can also subscribe to their latest news and events and download the app.